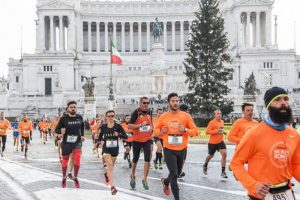 31 Dec. The ninth edition of the We Run Rome event takes place on the streets of the capital on New Year's Eve, from 14.00-18.00.There are both competitive and non-competitive versions of the 10-km course, which starts and finishes near the Baths of Caracalla, as well as 5-km fun run at 14.15.
Runners can register in advance, either online or in person at the We Run Rome offices on Via dei Monti della Farnesina 77.

Lego show for all ages in central Rome

24 Dec-19 April. Palazzo Bonaparte, Rome's newly-opened exhibition venue in Piazza Venezia, presents I Love Lego, from Christmas Eve until 19 April.
Described as an "exhibition for children of all ages", the colourful show features minutely-reproduced scenes, covering dozens of square metres, made using the
most famous bricks in the world.  The I Love Lego show will take place concurrently with the ongoing Secret Impressionists exhibition. 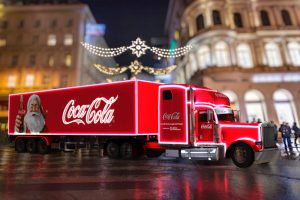 Coca-Cola returns to support Banco Alimentare and celebrates 30 years of activity of the non-profit organization - which since 1989 has been recovering and distributing food surpluses in Italy - with an exceptional tour.

Coca-Cola will be alongside Banco Alimentare with the project "Share the magic of Christmas", an invitation to rediscover the spirit of this period of the year and the importance and pleasure of sharing through simple gestures of generosity. The iconic Coca-Cola truck will cross Italy, with 5 stages from North to South, one planned also in Rome.

Coca-Cola Christmas Village in Rome: when and where

The first stop of the Coca-Cola Christmas Village will be December 1 in Milan: in via Luca Beltrami, the red truck will shut down the engines to give an unforgettable experience to those present, with Gospel choirs, Christmas tree, Santa Claus in the flesh and a series of Christmas-themed activities.

But the Coca-Cola truck is also coming to Rome. On December 14th, from 11 am to 9 pm, the magical Christmas village by Coca-Cola will take shape at the Porta di Roma shopping center.

The Village will also be an opportunity to discover the joy of doing something for others, with the Coca-Cola Christmas Market, a solidarity market of Coca-Cola gadgets, whose proceeds will be entirely donated to Banco Alimentare. 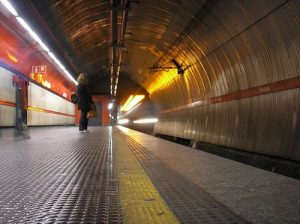 Rome's Cornelia metro station to be served by shuttle buses

Rome is to close the Cornelia station on the city's Metro A line on 30 December to allow maintenance work on the station's lifts and escalators.
A bus shuttle service, MA13, will connect commuters to the Valle Aurelia station for the duration of the works whose scheduled completion date has not been announced.
Cornelia will become the third station on the city's Metro A line to close, following the closure of Baldo degli Ubaldi and Barberini, the latter of which has been closed for the last eight months.
Barberini had been due to "half open" in time for Christmas but this date has been pushed into next year, possibly 8 January according to local media reports. 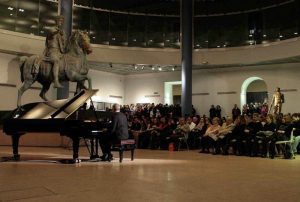 Rome’s municipal museums come to life with live music with the 2019 edition of the Musei in Musica initiative on the night of Saturday 14 December.
A selection of the capital's museums and cultural venues will stay open late and host live music events from 08:00 p.m to 02:00 a.m.  Entry costs just €1 and is free to holders of the city's MIC museum pass.  Last entry is at 01:00 a.m, for more details see the city’s museum website.

We use cookies to ensure that we give you the best experience on our website. If you continue to use this site we will assume that you are happy with it.